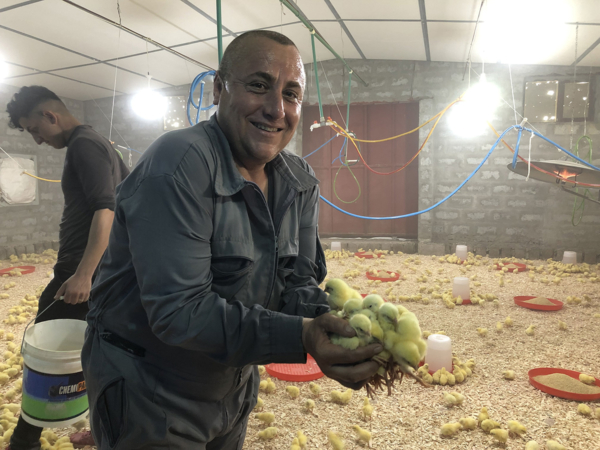 [Episcopal News Service] At a cost of $5 each, chicks are helping Iraq’s Christian chicken farmers rebuild their livelihoods in the Nineveh Plains, a region historically home to Jesus’ followers dating back to his time on Earth.

With the cooperation of the farmers, Stand With Iraqi Christians and the nonpartisan, ecumenical International Christian Concern, the first of two chicken farms are up and running as part of an economic revitalization program aimed at re-establishing farmers in the Nineveh Plains, in an area known as “chicken city” prior to its occupation and destruction by ISIS, or the Islamic State.

“The SWIC initiative in chicken farming speaks to the need for sustainable economic development in a region devastated by violent conflict. The local commercial infrastructure, being destroyed during the fight to reclaim territory from ISIS, needs to be restored to its former levels for job creation and food production,” said the Rev. Robert D. Edmunds, The Episcopal Church’s Middle East partnership officer, in a press release. “This is a far-reaching effort to start to reclaim hope for a prosperous future for the people of the Nineveh Plain.”

For more information on Stand With Iraqi Christians or to donate click here.

A U.S.-led coalition invaded Iraq in 2003 overthrowing Saddam Hussein’s government and initiating an eight-year war. A dictator, Hussein ruled the country for a quarter century and was convicted of crimes against humanity and hanged in 2006.

Throughout the Iraq War insurgents targeted and terrorized Iraqi Christians, whose numbers fell from 1.4 million at the start of the war to less than 250,000 today. When the United States completed its troop withdrawal in 2011, the then-fledgling Islamic State, began to take hold.

“In Iraq, 80 percent of Christians from some of the oldest Christian communities on earth were driven from their ancient communities by ISIS. Yet, those who remain are extraordinarily courageous, resilient, faithful, and are desperately in need our friendship and help,” said the Rev. Christopher Bishop, Stand With Iraqi Christians’ founder and president and the rector of St. Martin’s Episcopal Church in Radnor, Pennsylvania, a Philadelphia suburb.

Still, some Christians have chosen to remain, including chicken farmers in the Nineveh Plains.

“The Western Church and societies must understand that without our assistance, the impending loss of these communities would constitute a humanitarian, political, cultural and economic catastrophic for Iraq, and an irreparable wound to the world-wide body of Christ,” Bishop said in an email to Episcopal News Service. 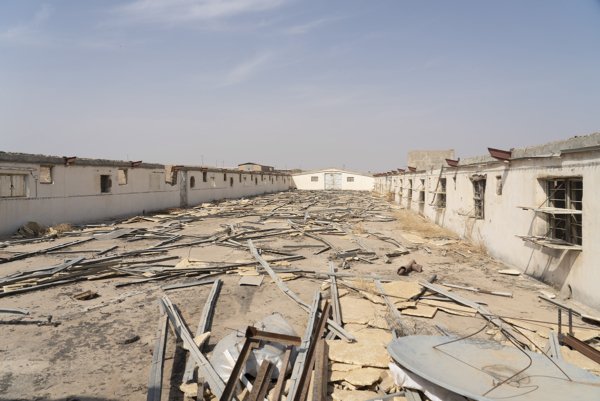 A chicken coop on the Nineveh Plains destroyed by ISIS. Photo courtesy of Vincent Dixon

Before ISIS’s invasion, the northern Iraq city of Qaraqosh, located about 20 miles southeast of Mosul, was home to Iraq’s largest Christian community and had some 100 poultry farms. ISIS killed or displaced the city’s residents and destroyed their farms.

Today, however, as conditions improve chicken farmers are returning to the area. Stand With Iraqi Christians and International Christian Concern plan to help farmers establish two more farms in July and another four by October. Each farm creates or supports 134 jobs, from farm laborers to chicken sellers and hatcheries to butchers, grocers, to feed sellers, veterinarians and truck drivers, and generates $48,000 in income during each growing period, according to Stand With Iraqi Christians. 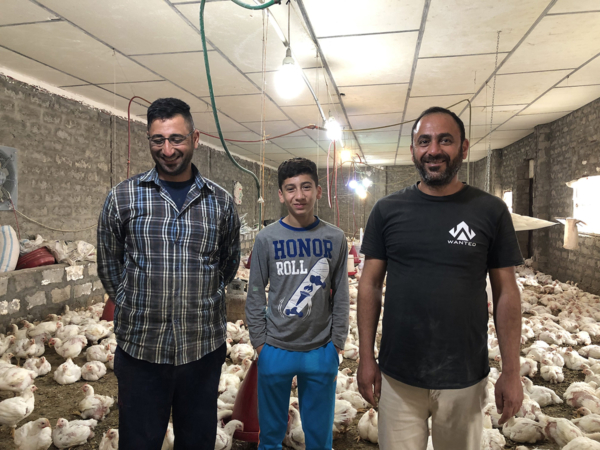 “They’re chicken farmers, they know what they are doing; they’ve been raising chickens for a long time and what they want is to re-establish their chicken businesses. What they lack is the startup capital to re-establish the infrastructure,” said Buck Blanchard, a Stand With Iraqi Christians board member and the missioner for outreach and mission in the Episcopal Church in Colorado, in a telephone interview with ENS.

“Once they get their chicken farms back up and running, they’re capable of running a successful business and supporting their families,” he said.

Blanchard visited Iraq with Bishop in October 2018. Bishop launched his organization in 2015 as a grassroots mission to address Iraqi Christians’ struggles; through friendship and material aid, it supports the right of Christians and their communities in Iraq to survive and thrive.

A former filmmaker, he documented his first trip to Iraq in a 36-minute video, “Where is Our Place?”

The Anglican Church in Iraq is one of 14 Christian communities under the Anglican Diocese of Cyprus and the Gulf. Regarding Stand With Iraqi Christians’ economic revitalization efforts in the region, Bishop Michael Lewis said: “I think what you are doing is fantastic. So, the primary thing is ‘thanks.’ Another thing I’d like to add is tell your friends, get more involved, spread in your state, spread across the country.”

The Episcopal Church’s 79th General Convention adopted a resolution in support of Iraq’s Christians. In part, it resolved “that the General Convention encourages The Episcopal Church, working in partnership with the Anglican Diocese of Cyprus and the Gulf, to provide prayers, friendship, and material support as determined by the needs and aspirations of Iraq’s Christians, as an expression of our love and recognition of their religious, cultural, and humanitarian inclusion in the sacred Body of Christ.”

“The presiding bishop’s staff and the Global Partnership Team at The Episcopal Church have been immensely helpful in raising up Iraq as a long neglected and extremely time-sensitive focus of The Episcopal Global Mission commitments. As Anglicans, Episcopalians are both free of the long-standing religious tensions and conflicts roiling Iraq and are known world-wide as honest and effective mission partners,” Bishop said in an email to ENS. “As Americans, we have a special responsibility to extend the hand of friendship and support. We are uniquely equipped, and have a unique opportunity, to make the crucial difference in walking with our sisters and brothers in Iraq out of a crucifixion into a resurrection story.”

-Lynette Wilson is a reporter and managing editor of Episcopal News Service. She can be reached at lwilson@episcopalchurch.org.