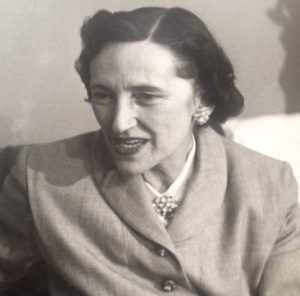 Every year when the annual giving season comes around, I think about my grandmother Keet who was so influential in teaching me about being a cheerful giver.

My grandfather Earl unexpectedly died at 48 years of age following major surgery. My grandmother was a young widow with six sons ranging in age from one to 21. They had no home and no money. My father and his brothers moved with Grandma Keet to live with their grandmother in her two bedroom home in the small oil town of Yale, Oklahoma, population of 1,200 (The home of Jim Thorpe).

Their church, the First Baptist Church of Yale, was their family because they always treated them with such respect.

They were there every time the doors were open.

One Saturday morning, my uncle Jerry wanted to see the Tarzan and Jane movie. He looked in my grandmother’s little coin purse and saw that she had $.85. So, he went into the kitchen and asked her, “May I have $.15 to go to the movie this afternoon.” She said, “I’m sorry, Jerry, but I don’t have it,” and he quickly said, “But mother, I just looked in your coin purse and counted $.85.” She bent down and put her arm around his neck and whispered, “Jerry, that’s my tithe, and I’m saving it to place in the offering plate tomorrow.”

He slowly dropped his head. She lifted his chin up, and he looked up into her eyes and said, “Oh, that’s ok mother.”

She said, “Why don’t you sit with me at church, and you put the money in the offertory plate.” He did, and that experience changed his life!

I think about that beautiful story every year when I discern how much I should give financially to support my faith community. In this discernment, I think about the following question: What does my home congregation mean to me? Does it make a difference in my life or is it just a job? Do I believe St. Margaret’s is truly making a difference in the lives of our people and our community?

I can honestly say yes to those questions even after only being the new priest-in-charge of St Margaret’s for seven months! St. Margaret’s Church is a source of great inspiration to me. It’s not just my job – it’s a place where I feel I get a glimpse of the Kingdom of God every day and I want to support the work we do together financially.

I think about how much I spend each month on things like Cox Cable, Verizon, YMCA membership, and Diet Dr. Pepper. I wonder if I add those expenses up, will that be more than my pledge to the church? I used to say yes, but not any longer. Thank God because my relationship with my church is much more important than my relationships with those companies and items!

I realize that if my spiritual discipline doesn’t include a significant financial investment in the community I’ve made vows before God to lead, teach, and gather in worship, then it’s either time to reevaluate my ministry or get my resume in order. Because if I, the priest-in-charge, don’t believe in and invest in the faith community I serve, how can I expect anyone else to?

The Rev. Heidi Haverkamp says, “Stewardship Season is probably always going to feel a little awkward. We all wish the church could run on a few crumbs of bread and some good intentions, but on this side of the kingdom, a church has to be able to sit at the kitchen table with money on the one hand and Jesus on the other and have some real conversation.”

I take a leap of faith each year as I struggle towards giving a 10% tithe like my grandmother. I can honestly say I am only at 8% with my 2017 pledge, but year after year I am working towards it because I am a firm believer in giving till it feels good!

I know from the bottom of my heart that when giving to your faith community, whatever the size of the gift, is a spiritual practice that will make you life better.

May God be with you as you discern your response to God’s call to be a cheerful giver in your faith communities here in the Diocese of Louisiana like my Grandma Keet!

The Rev. Tommy Dillon is the Priest-in-Charge of St. Margaret’s Episcopal Church, Baton Rouge, and is a member of the Diocesan Stewardship Congregational Consultants Team of the Episcopal Diocese of Louisiana.