Liturgy and Music committee recommends against revising The Hymnal 1982 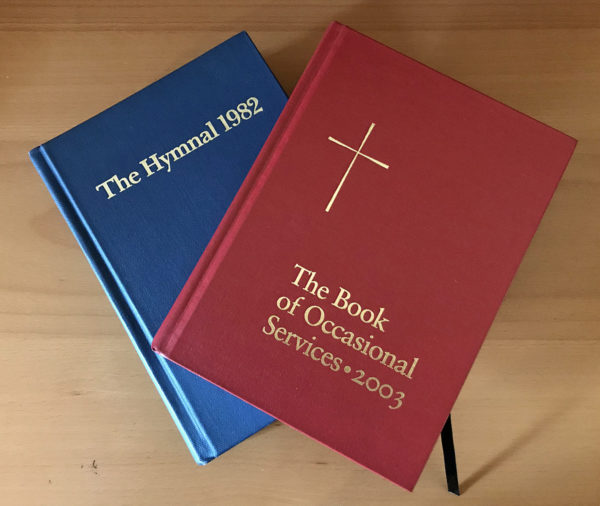 The Standing Committee on Liturgy and Music is recommending to the General Convention that it not authorize a revision of The Hymnal 1982. The committee did propose a revised and expanded collection of rites for the pastoral and liturgical needs of congregations. Photo: Mary Frances Schjonberg/Episcopal News Service

[Episcopal News Service] While the prospect of revising the Book of Common Prayer [link] looms large over the upcoming General Convention, the Standing Committee on Liturgy and Music has also considered a number of other parts of the Episcopal Church’s worship life.

“I am exceedingly proud of the SCLM’s work this past triennium. Because the projects we received were mostly unfunded, the SCLM chose the scope of our work very carefully,” the Rev. Devon Anderson, SCLM’s chair, told Episcopal News Service. “We were determined to send complete, thoughtful and quality work back to General Convention. But more importantly, we were unified in our desire to serve as faithful stewards of the gift and tradition of our liturgy.

Convention told the SCLM to continue its multitriennium project of revising the 2003 edition of this collection of optional services and texts that are available for “occasional” pastoral and liturgical needs of congregations. The book includes church-year-specific things such as seasonal blessings, a Christmas Festival of Lessons and Music, and a service for All Hallows’ Eve. The committee has prepared a revision that modernizes “archaic language” and adds new material, some of it at the specific direction of convention, including rites for changing one’s name and honoring God in creation. It also includes the outline of a rite for Día de los Muertos/Day of the Dead with the hope that local communities will flesh it out. The entire proposed revision is included in the SCLM’s report.

Part of General Convention Resolution A182, which called on the church to address systemic racism, asked the SCLM to produce and post online a set of prayers for racial reconciliation and justice, suitable for inclusion in the Prayers of the People. A subcommittee created four sets of Prayers of the People and a Litany of Repentance and Commissioning for the Ministry of Justice and Reconciliation.

The 78th General Convention, meeting in July 2015, changed the canonical language that defines marriage as being between a man and a woman (Resolution A036) and authorized two new marriage rites with language allowing them to be used by same-sex or opposite-sex couples (Resolution A054).

Convention charged the SCLM with monitoring the use of those rites, formally known as Liturgical Resources 1: I Will Bless You and You Will Be a Blessing: Revised and Expanded, 2015. The committee’s churchwide survey on the rites gathered 260 replies, and of those who said they have read or used the rites, just more than 50 percent ranked them as excellent, according to the SCLM’s report to convention.

After reviewing the survey results and discussing possible responses in its report, the SCLM said it thinks the rites “will continue to serve the church well in its current edition and does not recommend a further revision at this time.” It recommended to convention that the rites remain in trial use until the convention initiates a comprehensive revision of the Book of Common Prayer.

Meanwhile, a separate group, the General Convention Task Force on the Study of Marriage, has said its Blue Book report will call for continued trial use of the rites as “additions to the Book of Common Prayer” with three options. The task force will call for amendments to the rites, prefaces, and appropriate sections of the Catechism to make the language gender-neutral (i.e. “the couple”) rather than specific to a man and a woman.

The three options include continuing trial use of the rites amended as the task force recommends, adopting them at the 2021 meeting of General Convention as part of the prayer book or having that meeting of convention take some other action.

Changes to the Book of Common Prayer constitute constitutional changes and, thus, require the approval of two successive meetings of General Convention.

The committee said it “declined to act” on Resolution 2015-D060, which directed it to prepare a plan for the comprehensive revision of the Hymnal 1982. The members based their decision on the fact that they found no historical precedent in the Episcopal Church for a hymnal to be revised prior to a revision of The Book of Common Prayer. “The SCLM would like General Convention to make decisions regarding whether or not to revise the 1979 Book of Common Prayer before any further decisions are made regarding revision of the Hymnal 1982,” the members wrote in their report.

The committee also reviewed The Hymnal Revision Feasibility Study produced in 2012 by the Church Pension Group. Close to 13,000 people filled out a lengthy survey on the hymnal and the results, the authors said, showed the centrality of the hymnal to the life of the Episcopal Church. While saying their survey was not a red light to revision, the authors called for “caution before a decision is taken to go full speed ahead.”

And, the SCLM notes, the convention gave it no money to spend on devising a plan for hymnal revision.

In a related matter, Resolution 2015-A060 “empowered” the committee’s Congregational Song Task Force to “further the mission of the Episcopal Church by enlivening and invigorating congregational song through the development of a variety of musical resources” and to develop and expand the work begun in the World Music Project.

The committee reported that it has developed a project to collect information from a sample of participants in each province of the church to discern which hymns and songs are being sung in parishes in the Episcopal Church. The committee calls it “a necessary preliminary step in developing further resources for congregational song.” The task force plans to convene a symposium by the end of the 2018-2021 triennium to bring together at least one participant from each province to discuss the functions of the hymns and songs they use, and identify new sources for hymnody.

The committee noted that it was given no money for this work but that it has applied for a $28,050 Constable Grant to fund this project.

The committee said collaborated with the Standing Commission on Governance, Structure, Constitution and Canons to develop what it called “an appropriate constitutional and canonical ‘vessel’ for liturgies, apart from the Book of Common Prayer,” for General Convention to consider.

It said convention has approved liturgies using a “trial use” designation added in 1964 as a way to introduce the church to new liturgical texts outside of the prayer book. However, the committee said, the use of that designation has gone beyond its intention and other monikers have also been created.

The members proposed amending Article X of the church’s constitution and a parallel amendment to Canon II.3.6 to create a system to authorize additional and alternative texts to supplement The Book of Common Prayer.

The constitutional change, which requires the approval of two successive conventions, would add a provision allowing the convention to “authorize for use throughout this church, as provided by canon, alternative and additional liturgies to supplement those provided in the Book of Common Prayer.”

The canonical change would require that whenever the General Convention uses the authority of the amended Article X to authorize alternative or additional liturgies, the enabling resolution must specify the precise texts thereof, and the terms and conditions under which such liturgies may be used.

This new structure would “lend clear canonical status to worship materials already in use by the church as well as those approved in the future and maintain the integrity of theology and ecclesiology of the Book of Common Prayer.”  The change is not intended to preempt or stop Prayer Book revision (link), the committee said. Instead, it said, it will give the church more flexibility in its approach to worship, and the General Convention a more transparent criterion for authorizing such worship.

“We also see it as an exciting opportunity to engage in a discussion of how we are formed by the way in which we worship,” the committee added.

In addition to these projects, the SCLM has also made recommendations on the church’s calendar of saints. ENS coverage of that project is here.

The SCLM is posting on its blog a series of essays about the various projects it worked on this triennium, and will host on-line discussions there. Those essays include one titled “A better way to authorize liturgical texts.”