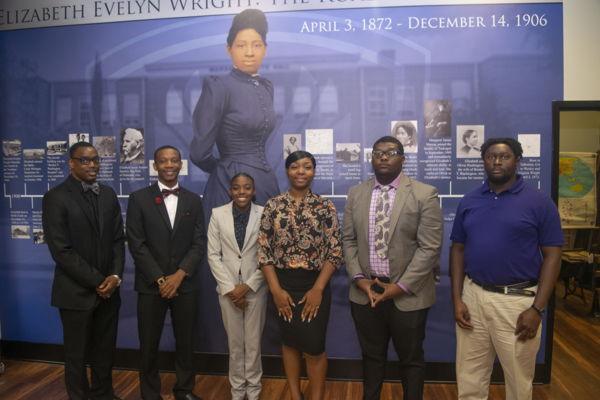 [Episcopal News Service] Christina Donovan considers herself a nontraditional undergraduate student. At age 27, she is older than many of her classmates at Voorhees College in Denmark, South Carolina. Yet she exemplifies, with her personal background and academic interests, the type of student whom administrators say they strive to serve at Voorhees, a historically black college whose ties to The Episcopal Church date to 1924.

With about 500 students, the college’s faculty can devote greater attention to nurturing students academically than what pupils could expect at a large university, Donovan told Episcopal News Service. And as a young black woman from Brooklyn, New York, she appreciates being joined by other African American students as they spend these years focused on their education. 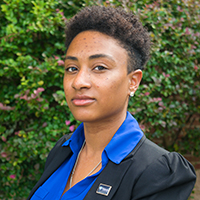 On campus “everybody knows everybody,” she said, like a family. “I love it. … The fact that I was able to be around people that looked like me was a little easier because you’re not competing or not dealing with a lot of the issues.”

Those “issues” often center around race and racial tensions, which sometimes become distractions in multiracial learning environments, Donovan said. Instead, her academic career has flourished since she left New York in 2017 for Voorhees, including a stint last year as the college’s Student Government Association president and a fellowship this year with the Congressional Black Caucus Foundation in Washington, D.C.

Behind the success of students like Donovan is a range of assistance – financial, administrative, spiritual – provided to the college by The Episcopal Church, Voorhees President W. Franklin Evans said in an interview with ENS. He became president in 2016 and has been encouraged since then by the church’s solidification of its financial support, with the church’s last two triennial budgets including more than $1.6 million for Voorhees and Saint Augustine’s University in Raleigh, North Carolina, another historically black school with Episcopal roots.

“Having support from The Episcopal Church is paramount,” Evans said, and the importance of that connection to the church goes beyond the direct payments that help Voorhees and Saint Augustine’s keep operating. Church staff, particularly in its development office, have helped the colleges improve their financial controls and increase their own fundraising capacity.

“It’s really critical that we have donors, and we are able to tap into folks who can really help us financially,” he said.

The church also is in its third year raising money for the two schools through its Absalom Jones offering, named for the first black Episcopal priest. The campaign has collected more than $75,000 in the past two years, and this year’s campaign is underway leading up to the Absalom Jones feast day on Feb. 13. Donations can be made online here.

Such assistance, as well as the church’s administrative guidance, have been critical factors to ensuring Voorhees and Saint Augustine’s maintain their accreditations after the uncertainty of previous years.

That uncertainty was particularly acute at Saint Augustine’s, which just two years ago was operating under the cloud of probation and the threat of losing its accreditation due to past financial struggles and enrollment decline. In December 2018, however, the university announced it had turned a corner implementing its improvement plan; its accrediting agency removed it from probation and granted it a 10-year accreditation. 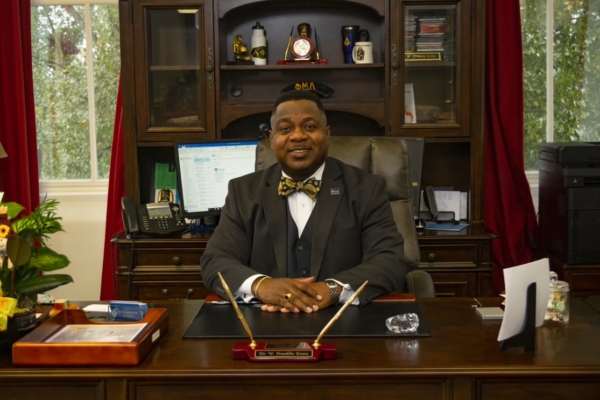 Voorhees received its 10-year accreditation in 2011, though it was still working to bring some of its operations up to standards, such as in record-keeping and financial management, Evans said. Shortly after he became president, the college completed a five-year review, and its accrediting agency responded favorably, without identifying any concerns. The college now is preparing for its next 10-year reaccreditation, in 2021.

The church’s recent work with historically black colleges and universities, also known as HBCUs, coincides with a greater emphasis on racial reconciliation under the leadership of Presiding Bishop Michael Curry, who was elected in 2015 as the first African American bishop to head the church. Evans said Voorhees is looking forward to welcoming Curry to speak on campus this April 7 as part of the college’s 123rd Founders Day celebration.

“Historically black colleges and universities are essential institutions that help prepare people from diverse backgrounds for success in an array of vital professions,” Curry said in a news release this month announcing the Absalom Jones offering campaign. “It is fitting that we honor his memory by lending our support to two schools that continue to form new African-American leaders.”

Historically black colleges and universities like Voorhees and Saint Augustine’s were founded in the post-Civil War period to provide educational opportunities to black men and women who were excluded from white institutions of higher learning because of segregation. Saint Augustine’s was established in 1867 by The Episcopal Church and opened its doors the following January. The school that later would become Voorhees College was founded in 1897, and The Episcopal Church has supported it since 1924.

The Rev. Martini Shaw, as chair of the HBCU committee of The Episcopal Church’s Executive Council, thinks the church stepped up its support of those two schools in 2015 at a critical time, particularly given the uncertainty at Saint Augustine’s.

“Having the support and the partnership of the church really helped the school attain accreditation,” said Shaw, rector at the African Episcopal Church of St. Thomas in Philadelphia, Pennsylvania, where Absalom Jones first served as rector.

The committee also is encouraged by recent enrollment and fundraising gains at Voorhees. “The church continues to serve as a partner and a supporter of the institution,” Shaw told ENS, and his committee has scheduled an in-person meeting on the campus in April, “our way of letting them know at Voorhees that the church is in full support of that institution.”

The church’s financial support in recent years, has included hundreds of thousands of dollars through various grant programs, including Educational Enterprise Grants, Sustainability Grants and the United Thank Offering program. The UTO grant of $73,700 that was awarded to Voorhees in 2019 is supporting a renovation and construction project on campus that includes an admissions center and a community wellness complex.

“We believe in the mission of educating young people in order that they might become all that God intends for them to be, as positive, productive citizens of our nation and the world,” Episcopal Church Chief Financial Officer Kurt Barnes said by email. “By enabling a healthy, continuing and independent Voorhees, we hope the relationship promotes racial healing, justice and reconciliation.”

When Donovan graduates this spring with a bachelor’s degree in mass communications, she’d like to find an opportunity to continue working in Washington but doesn’t yet have firm plans. She will leave Voorhees with memories for a lifetime, like the time she served as the thurifer on Absalom Jones’ feast day in the campus’ St. Philip’s Chapel and “smoked it out” with an intense level of incense.

The college’s affiliation with The Episcopal Church was one reason she was drawn to Voorhees. “I’m able to still have my church life and be at school,” she said, also recalling childhood Sundays when she would serve as an acolyte at Christ Church in Brooklyn’s Bay Ridge neighborhood, near her home in Sheepshead Bay.

Her memories of Voorhees will include her initial apprehension at moving to a small Southern city but then quickly feeling right at home as a part of the campus community. She will remember listening to Voorhees professors who shared with students their experiences traveling to Ghana and seeing firsthand the vestiges of the transatlantic slave trade.

She’ll remember her first visit to campus and learning about Voorhees’ founding in 1897 by Elizabeth Evelyn Wright, whose mission was to improve black lives through education. And she’ll think of how the college continues to “keep her spirit alive” for new generations of students like Donovan.

“It’s a place for you to find who you are and what you can do for the world or in your community,” she said.