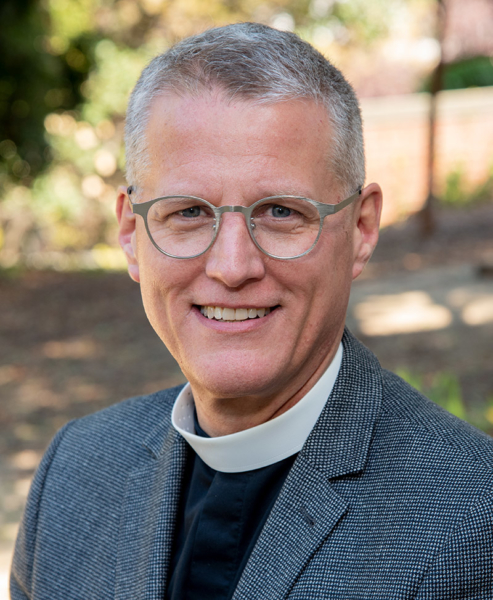 [Episcopal News Service] The Rev. William Lupfer resigned as rector of New York’s Trinity Church Wall Street on Jan. 3 after five years leading one of the most influential parishes in The Episcopal Church.

In a brief letter to Trinity’s staff, Lupfer, 59, did not offer a specific reason for leaving, but Trinity spokesperson Patti Walsh said in an email that Lupfer is “discerning a new call outside of Trinity.”

Lupfer wrote in his letter that he and his wife intend to “enjoy some sabbath rest to open our hearts to God’s call for the next chapter of our ministry together.

“While we will miss our many friends at Trinity, we are excited to incorporate the incredible learning we have been blessed with these past five years and move energetically into this next chapter of our lives,” Lupfer wrote.

Effective Jan. 6, the Rev. Phillip A. Jackson – previously Trinity’s vicar – has been named priest-in-charge, the vestry wrote in a letter announcing Lupfer’s resignation. Lupfer plans to “recalibrate his ministry to discern a new call that incorporates all of what he has learned at Trinity with his love for aspects of ministry that the role of rector did not allow him to fully engage: being in much closer contact to the faithful people worshiping in the pews, while continuing strategic work with global mission partners and institutions to invest in their values,” the vestry wrote.

Founded in 1697, Trinity was Manhattan’s first Anglican church, and as a result of a land grant from Queen Anne, it owns 14 acres in lower Manhattan. It had a $6 billion portfolio as of February 2019 and acquired Church Divinity School of the Pacific, an Episcopal seminary in Berkeley, California, in March 2019.