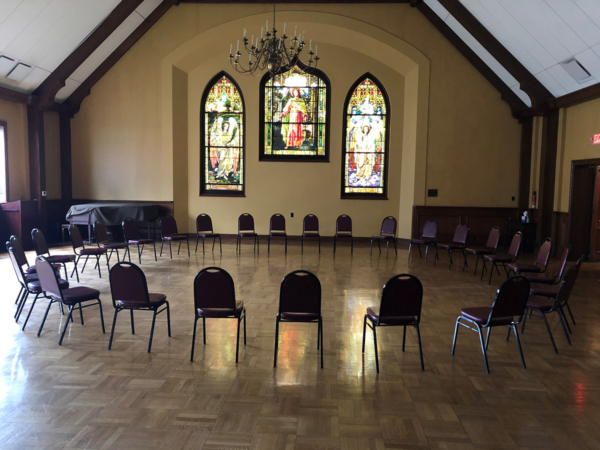 [Episcopal News Service] As more states and cities require residents to shelter in place to slow the spread of COVID-19, coping with isolation and anxiety can be especially challenging for people whose recovery from addiction is centered on attending 12-step meetings.

Episcopal Church congregations host hundreds if not thousands of Alcoholics Anonymous and other 12-step program meetings each year. Closing their buildings to those gatherings has been “one of the most painful parts of the decision-making” for churches that have had to cancel public worship and close their buildings, Diocese of Washington Assisting Bishop Chilton Knudsen said during a March 20 webinar to discuss the new coronavirus’ impact on family/partner violence, substance use and mental health hosted by Episcopal Relief & Development.

Members of 12-step groups typically meet in person to share their personal experience with others seeking help with alcohol, narcotics, food, gambling, sex and other substance or behavioral addictions. Some agree to “sponsor,” or coach, new people who want to deal with their addictions. Most recovery programs use AA’s 12 Steps (https://www.alcohol.org/alcoholics-anonymous/) as a roadmap for recovery. There are open meetings available to anyone interested in Alcoholics Anonymous’ recovery program. Closed meetings are for members who have committed to work the AA program.

As states and municipalities last week began restricting residents’ movements, Episcopal churches had to adapt. For instance, on March 20, St. Mary’s Episcopal Church in Eugene, Oregon, had moved its 12-step meetings into its parish hall where chairs could be spaced farther apart. Officials posted signs about new distancing rules and sanitation requirements and were in regular contact with meeting leaders, ensuring they were following the new rules.

That day, Louise Fortuna, St. Mary’s communication and program coordinator, told Episcopal News Service that the church hoped to be able to remain open for those meetings, which are usually attended by more than 2,000 people each month. Less than 24 hours later, Fortuna emailed ENS to say that the church would close its buildings to comply with Oregon Gov. Kate Brown’s newest rules.

Across the country in Astoria, Queen, it was the same story. An Episcopalian, who honored the AA tradition of remaining anonymous when speaking publicly about AA practices, told ENS via email early afternoon on March 20 that an AA group at his church was still meeting, albeit under strict sanitation and physical-distancing rules. Less than 12 hours later, he wrote again to say the church decided it had to close. And, he said, two Astoria recovery groups that had been meeting in a public park had suspended their gatherings and moved online.

“So, it’s now all online for us,” said the man, who is nine months sober and who chairs an AA meeting elsewhere, which he had already reconfigured online.

“Those of us in AA are most concerned about isolation,” he said in his email. “In the meeting I chair, I remind everyone that they must not isolate or let anyone else isolate and that each person must contact at least one other person in the program daily.”

Churches that have had to close their buildings to 12-step meetings have posted signs on the doors to that effect, often adding the phone number of AA’s intergroup, or regional, office, which maintains lists of meetings and locations.

Both the Episcopalian in Queens and Knudsen said they were concerned about people who need and want to get help with their addiction. It’s so hard to come to that first meeting, he said, and having someone to go with them can help. “I’d plead with people everywhere to stay in touch and if they have concerns about others to gently and lovingly ask about this habit, if they’ve considered life without such a substance, and offer whatever resources that might be available,” he said.

AA has offered phone meetings and chat rooms for years, Knudsen told ENS. The move to online, video meetings is the next step, she said. However, she acknowledged during the webinar that they might be “a poor second to sitting around a table, looking each other in the eye, putting an arm around a shoulder, sharing a cup of coffee, ending in a circle with hands joined with the Lord’s Prayer. All of those are precious rituals to those of us who are in recovery and it’s sad when we can’t have those things.”

There are other ways to stay connected beyond meetings. Each member of an AA meeting gets what Knudsen called a “gentle orientation” to resources that are available to them. Some are offered by the national Alcoholics Anonymous organization and some are as simple as the phone list of group members who agree to receive phone calls from other members. She said a friend told her she is working her way through her group’s list, checking on members.

Meanwhile, “no doubt, there are people who are going to suffer; their recovery is going to be compromised,” Knudsen said. “But people who are really committed to their own recovery will find a way to get those needs met.”

She said “no church should carry a burden of guilt thinking that somehow closing their building is dooming all of these 12-step meetings to massive relapse. The church is not responsible for any one person’s recovery; that person is.”

To that end, during the March 20 webinar Knudsen, who traces the beginning of her recovery to May 24, 1987, told people in recovery to “kick up your program.”

“If you’ve kind of let it slide, if you have gotten sloppy or if you haven’t attended meetings or you aren’t working your steps actively, get back on track because this is a time when your recovery can be a gift to other people and if you strengthen your recovery, it’ll be good for you and for others.”

In New England, an Episcopal priest who has been in recovery for 30 years told ENS March 23 that, during a video meeting earlier in the day, a member said, “the program works whether we’re together or not.”

From Memphis, an Episcopalian in recovery told ENS in an email that “the problem with all facilities closing and moving to virtual meetings is for the person yet to find us and the newcomers. Many don’t have smartphones, internet/WiFi, laptops, or money to buy all those things. What’s going to happen to them?”

The Episcopal Church has deep roots in the recovery movement 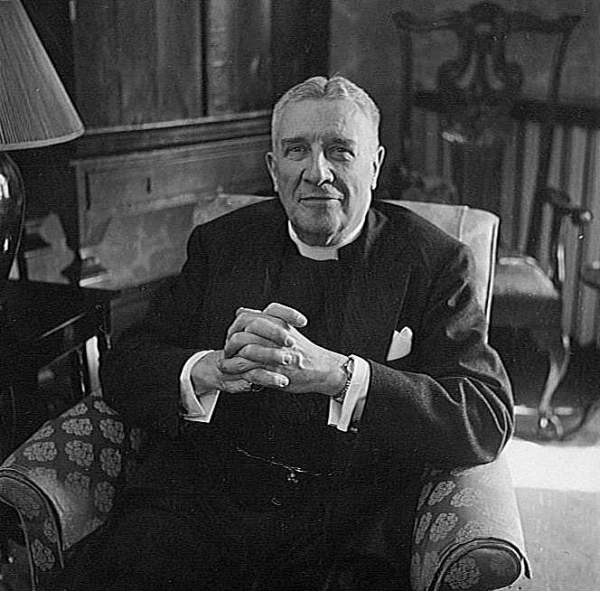 Not only have Episcopal churches opened their doors to AA and other 12-step meetings for decades, William Griffith Wilson, the AA co-founder known as Bill W., once called the Rev. Samuel Shoemaker, an Episcopal priest, one of the program’s “indispensables.”

“Had it not been for his ministry to us in our early time, our Fellowship would not be in existence today,” he wrote, saying that Shoemaker “passed on the spiritual keys by which we were liberated.” The first three steps of Alcoholics Anonymous, the starting point for sobriety in the AA program, were inspired in part by Shoemaker, according to AA history.

Knudsen called the Baltimore native “an icon” in the recovery movement. Shoemaker is commemorated on The Episcopal Church’s calendar on Jan. 31.

The Episcopal Church does not an “abstemious tradition” that prohibited alcohol consumption as do some Baptists or, in the past, Methodists, Knudsen noted, and she said because of the influence of Shoemaker and others the church has “a more open and enlightened attitude to the whole spectrum of addictive disease.”

In recent years The Episcopal Church has begun to face its attitude towards drinking. It passed three resolutions at the 2018 General Convention to address alcohol and substance misuse and behavioral addictions, especially among its leaders.